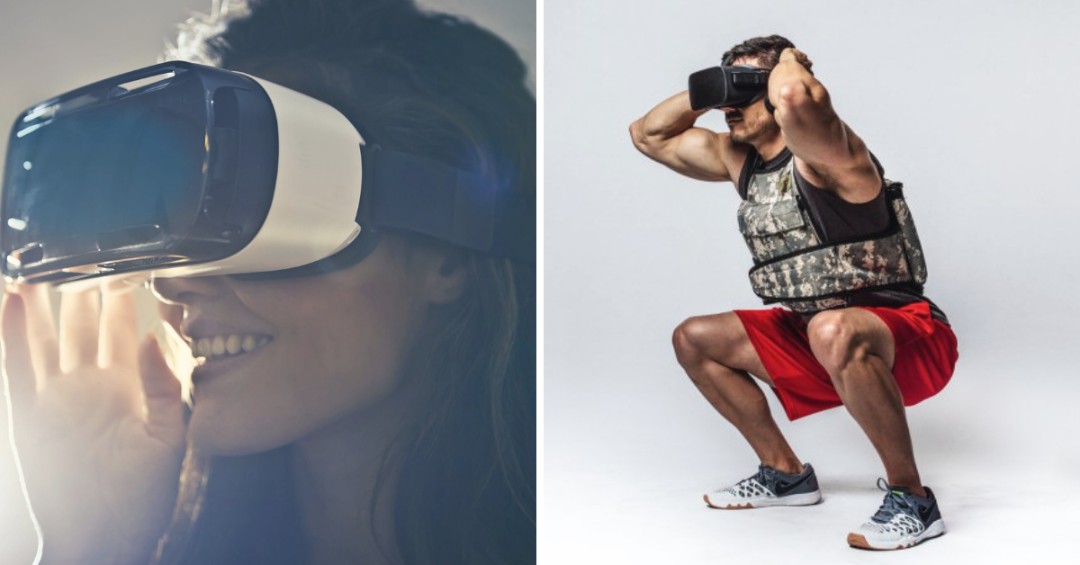 These kind of workouts are indeed interesting! Get ready to feel the immersive illusion of being somewhere else while working out with VR Fitness.

They said by 2020, we’ll have flying cars and robot bellboys. And by 2018, fitness will take to the next level. Possible? Possible.

Make sure to choose your best workout t-shirts before heading into the future. Choosing the wrong t-shirt may cause you to be uncomfortable. For instance, if you choose a fabric which is unable to get rid of sweat. Similarly, a low-quality shirt may cause irritation to your skin and could potentially cause you to chafe.

With so many T-shirts on the market, finding the perfect one for your workout can be difficult. However, we believe choosing the correct gym t-shirt is a highly important factor in getting a good workout. 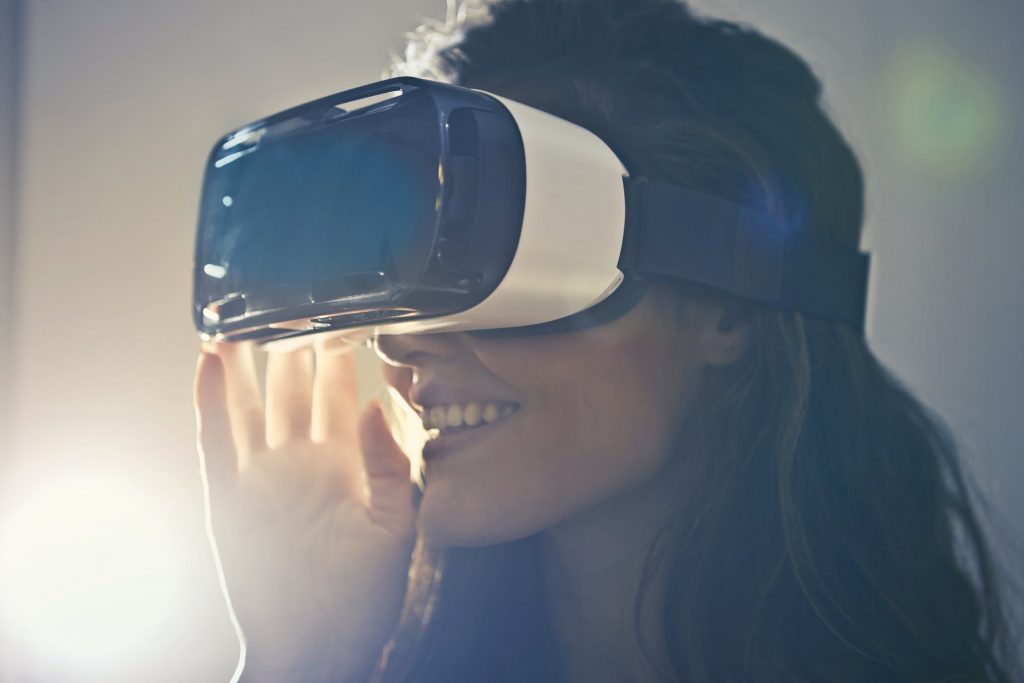 What Is Virtual Reality?

According to Virtual Reality Society, naturally, the definition of virtual reality comes from the definition of both ‘virtual’ and ‘reality’. Virtual is real whilst Reality is what we experience as human beings.

Basically, ‘Virtual Reality’ means ‘Near-Reality’. This could, of course, mean anything but it usually refers to a specific type of reality emulation.

Through the power of our senses and perception systems, we can have access to the world better. In the light of our senses, we can know more about our reality. In other words, our entire experience of reality is simply a combination of sensory information and our brains sense-making mechanisms for that information.

So, in summary, virtual reality entails presenting our senses with a computer-generated virtual environment that we can explore in some fashion.

So, let’s take our fitness to the next level, shall we? Let’s put aside all our gym equipment for the meantime. All we need for this futuristic workout is a VR box, VR glasses or a VR headset, or whatever you call it.

Are you ready to get fit while experiencing an extraordinary shift in the way, us, humans experience the digital realm? The top 7 VR Fitness workout below is courtesy of the VR Fitness Insider.

Keep a towel and a water bottle nearby and let’s get this thing started!

Box VR players punch to the beat and get their sweat on while listening to the heart-thumping rhythm of electronic. This is a VR game that is great for conditioning the arms, shoulders, and chest while getting some sweat dripping cardio in. The game doesn’t just make you box your way to fitness, it will count how many calories were destroyed during a workout.

Knockout League is an active VR boxing title that will have you punching your way towards a serious sweat session. You’ll be fighting 9 opponents, earning Golden Gloves, and will get a cardio and conditioning workout at the same time.

Playing Grudge Match, Reflex Alley, Focus Mitt Training, and Speed Bag will give you hours of full body exercise. Utilize room scale and move around with your opponent as you punch and weave to fire up the fat burn!

3. The Thrill of the Fight

The Thrill of the Fight is one of the VR boxing simulation games that Tim Donahey played during his 50 Day VR Fitness Challenge. 20 minutes in this punch em’ out game pushed his upper body to its limits while keeping the gloves up and turning to block noticeably worked his obliques and abs. It’s rated by the VR Institute of Health and Exercise as being equal to sprinting.

Sprint Vector is a competitive VR game that will have players shuffling their arms like a futuristic speed skater around 12 fun and exciting track maps. Pump the arms rapidly to move faster in the game, watch for oncoming obstacles, level up speed boosts and unlock projectiles to fling at competitors. This is a dominant upper body game that will rely on the lower body to stabilize and anchor players as they race around frantically.

Sparc is the closest you can get to virtual Dodgeball, with 2 balls being thrown, blocked, and bouncing around — yours and your competitors — equipped with only a shield and Patches O’Houlihan level dodging abilities. This rapid-fire competitive game is a great blend of upper and lower body conditioning that’s fun to play with a friend you have a bet with.

Sword Master VR is a first-person combat game that will have players slicing enemy fighters with a sword and blocking with a shield. Using the sword to hack away at bad guys is going to be great for the upper body. Using the shield won’t give players much lower body conditioning, but squatting or lunging to get out of the way will! VR Institute of Health and Exercise rates Sword Master as the equivalent to using the elliptical machine at the gym!

Superhot VR is a first-person shooter where players sucker punch, maim and shoot red polygonal humanoids. Players can slow down time, which will target the core and legs from slow-mo dodging away from bullets, while the upper body will get the height of the action during hand to hand combat. VR Institute of Health and Exercise rates Superhot as the equivalent to walking at a moderate pace.

These kind of workouts are indeed interesting! Get ready to feel the immersive illusion of being somewhere else while working out.