Not all foods could fill your nose with an appetizing smell. Here is the list of the world's top ten smelliest foods, with strong flavours to match.

When you’re belly is rumbling, and you’re starving hungry, a simple whiff of the kitchen is enough to get your mouth watering. And although many foods are appealing, not all of them could fill your nose with an appetizing smell.

So what sort of pungent-smelling foods are we referring to? Well, we’re about to reveal to you the world’s top ten smelliest foods, which could leave your stomach-turning.

Here’s a fun fact: despite these foul-smelling foods, they are in fact revered by millions across the globe. Below, our food and fitness specialists have compiled a list of the world’s top ten most pungent foods. 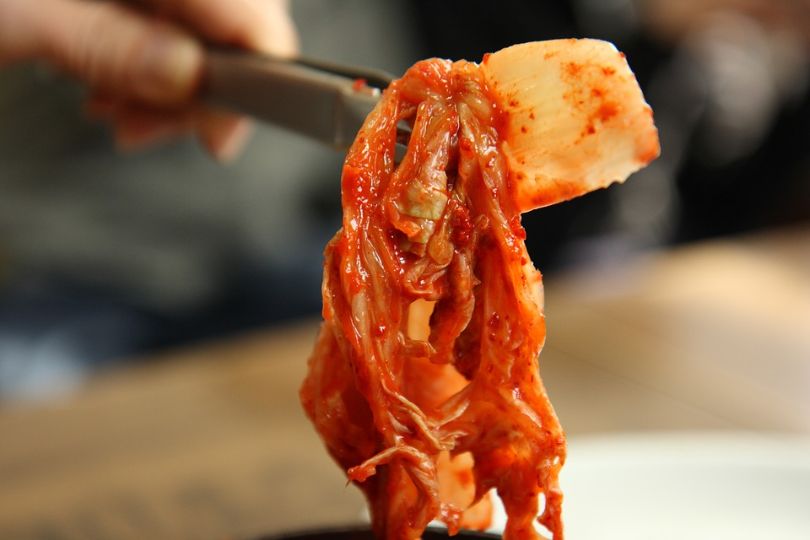 A staple in Korean cuisine, Kimchi is a famous traditional side made from salted and fermented vegetables, such as Korean radish, napa cabbage, made with a wide variety of seasoning including scallions, garlic, ginger, to name a few.

This dish is sure to make a perfect addition to any of your meal, whether it’s for breakfast, lunch, and dinner. However, the smell is quite similar to decaying fish.

For those brave enough to try it, they will be happy to know that this dish has tons of probiotics that can aid in digestion. 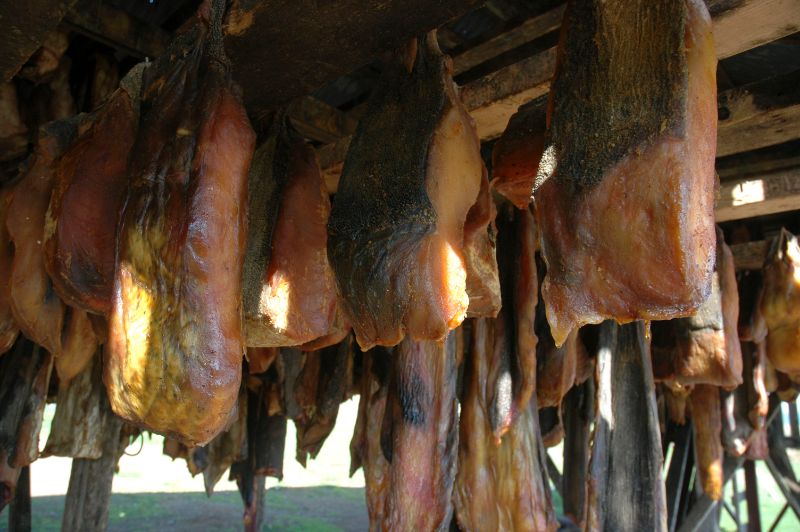 A national dish of Ireland made from fermented shark meat, with a robust ammonia-rich smell and fishy taste. This Icelandic treat is so rare that many natives never get the chance to try it.

Sharks expel urine changing it to urea and passing it through the skin. So when a shark dies, the urea turns into ammonia, which is the source of Hakarl’s unique flavour.

Though this Irish dish may seem really disgusting and terrible tasting, eating it is actually better for you than most red meats, plus they are mostly fat-free too! 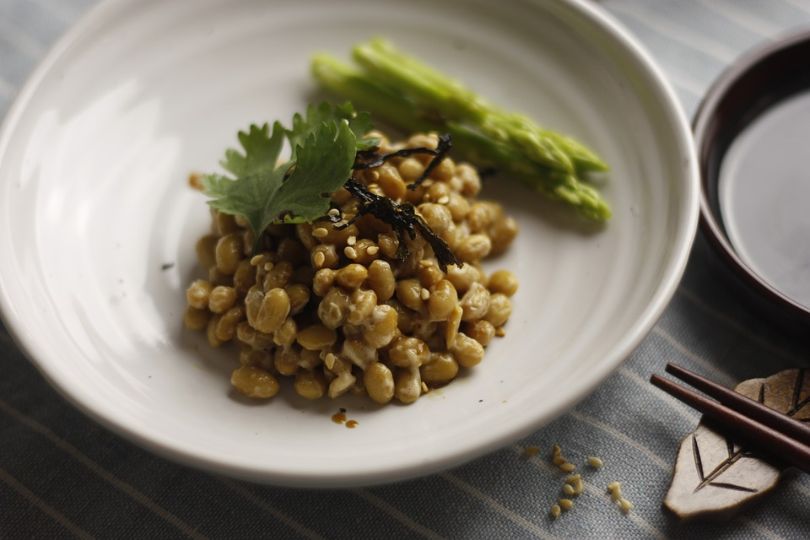 Natto is a traditional Japanese food made from slimy and fermented soybeans that are often eaten as the first meal of the day and is accompanied by rice or sushi.

However, the texture of the dish is not its most well-known feature. Its smells have been compared to a rotting cheese and old gym socks.

But before you dismiss this dish, did you know that Natto is rich in several nutrients such as vitamins, protein, and minerals that are important for your optimal health?

Not only that, but this traditional dish also contains folate and pantothenic acid, a small amount of vitamin B6, as well as antioxidants and other beneficial compounds, according to a study. 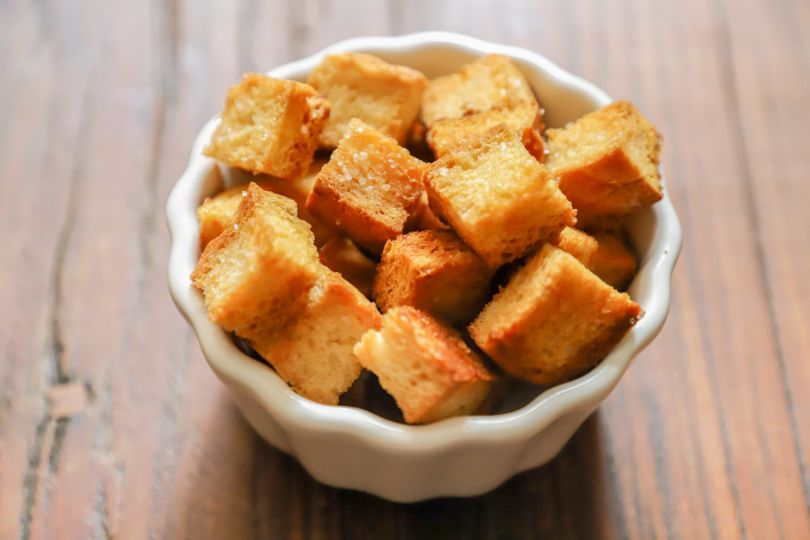 This famous street dish in Asia really does speak for itself. Stinky tofu is made by adding fresh tofu to a brine of fermented milk, meat and sometimes even seafood, resulting in a strong odour.

The more pungent the brine, the better! Its smell is strong that some even compare it to rubbish bags.

Its taste and texture vary across the street markets, and roadside stands as a snack. But one thing is clear, the stronger the smell, the better.

Despite smelling like decaying garbage, if you could stomach the smell of this famous Asian dish, it can offer you with multiple health benefits such as improving your digestion and allowing your body to ingest its antioxidants. 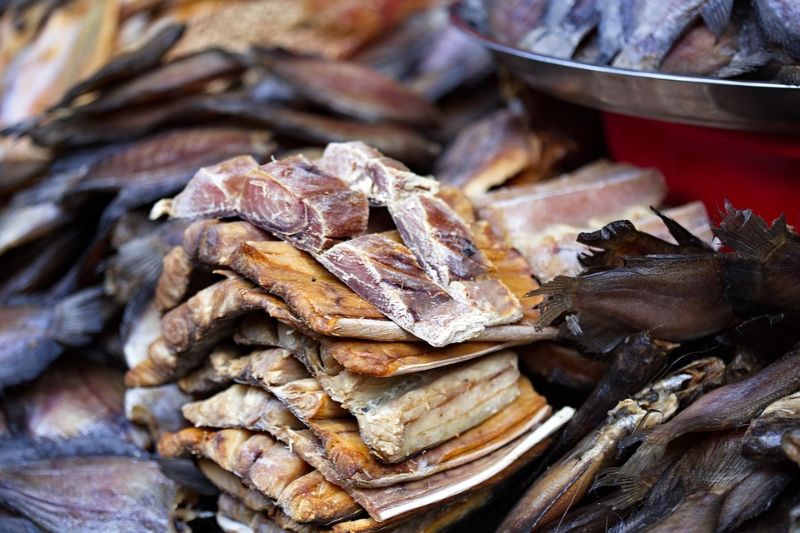 Kusaya is a Japanese style salted-dried and fermented fish. This Japanese dish is made using brine that is hundreds of years old.

The fish is soaked in the brine and then dried in the sun. The unrefrigerated brine is often reused and left to ferment as this gives the Kusaya maximum flavour.

Kusaya is roughly translated to ‘that stinks’, and so this food is only for the bravest foodies.

People who opt to eat this fermented dish are rewarded with nutritional benefits as this dish is rich in protein and calcium, so you might as well give it a stab. 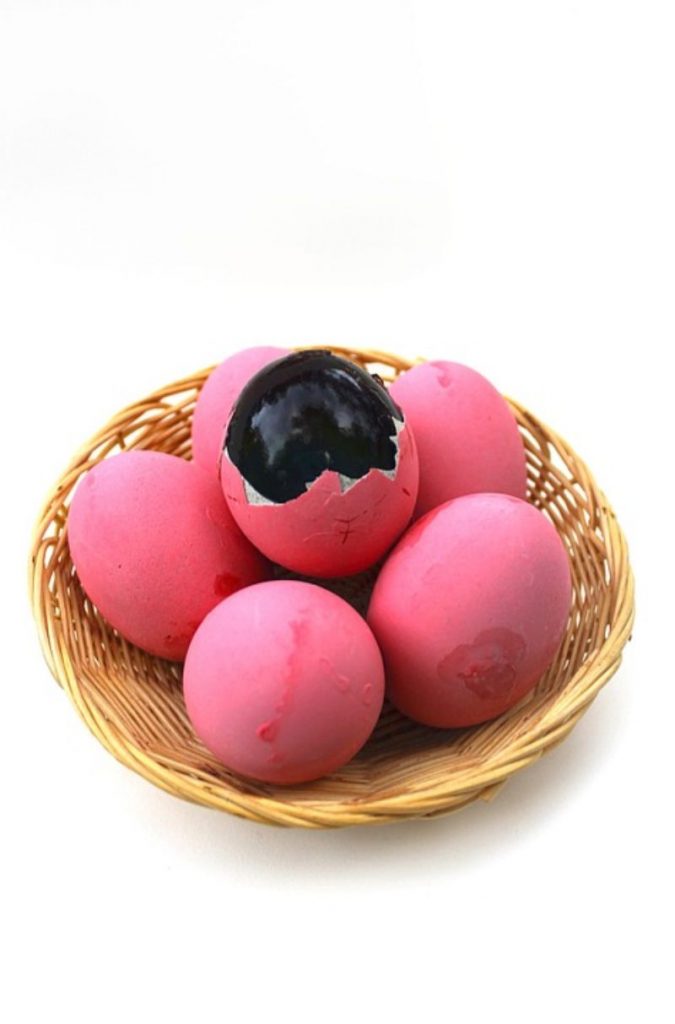 A dish of many names; hundred-year, thousand-year, millennium egg. This Chinese preserved food product and delicacy are preserved in a paste made out of tea water, ash clay and salt wrapped in rice hulls and left to sit for three years.

As a result, a green or brown egg is revealed, and its stench has been compared to urine or flatulence. The basis of this dish is either a chicken, duck or quail egg.

Here’s a fun fact: Chinese actually consider this preserved dish as a healthy protein snack, which is essential for your health. In addition, century egg is an excellent source of iron and vitamin D, it helps lower your blood pressure, improves your vision, just to name a few benefits.

This may be the last food you would want to eat, but after reading its surprising health benefits, you might just turn into a century egg lover yourself! 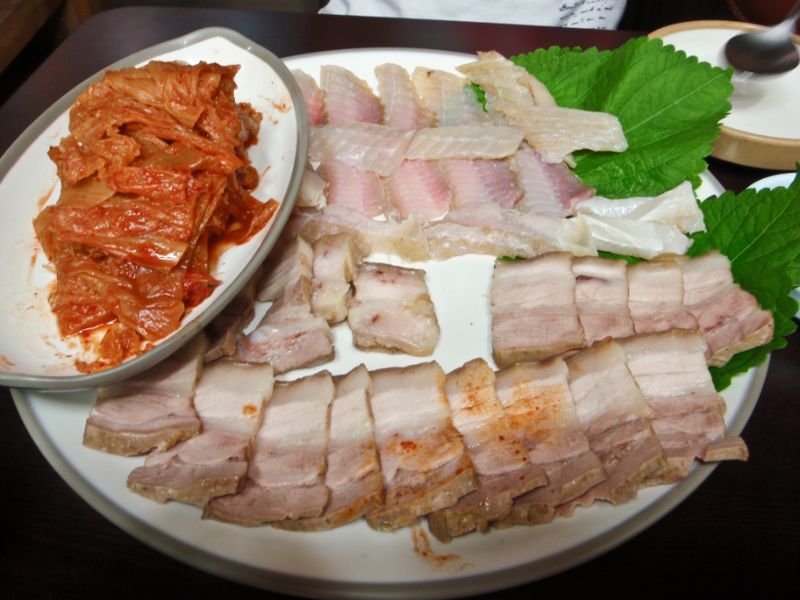 Similar to Hakarl, Hongeo-heo is a type of fermented fish dish from Korea’s Jeolla province. It’s a rotten Korean skate fish where the uric acid stored in its flesh will later turn into ammonia.

People who have acquired the taste normally will tone down the dish with Kimchi and other side dishes. This Korean dish also emits an overpowering smell that after eating it, the diner may have to wash their clothes multiple times to get the smell off.

But before you cross out this Korean seafood delicacy on your not-to-eat food list forever, be mindful that Hongeo-heo actually contains some major health benefits, such as alleviating hangovers and aiding digestion. 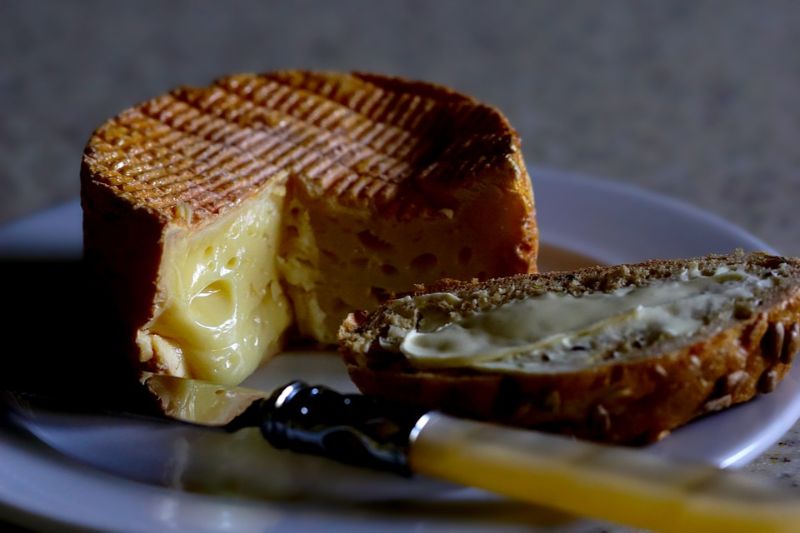 Originated from Northern France, this product is an unpasteurized and unpressed cow’s milk cheese. Its unusual strong smell is down to the method of dipping the raw milk cheese into the beer during the production.

This leaves the enzymes to ferment continuously. 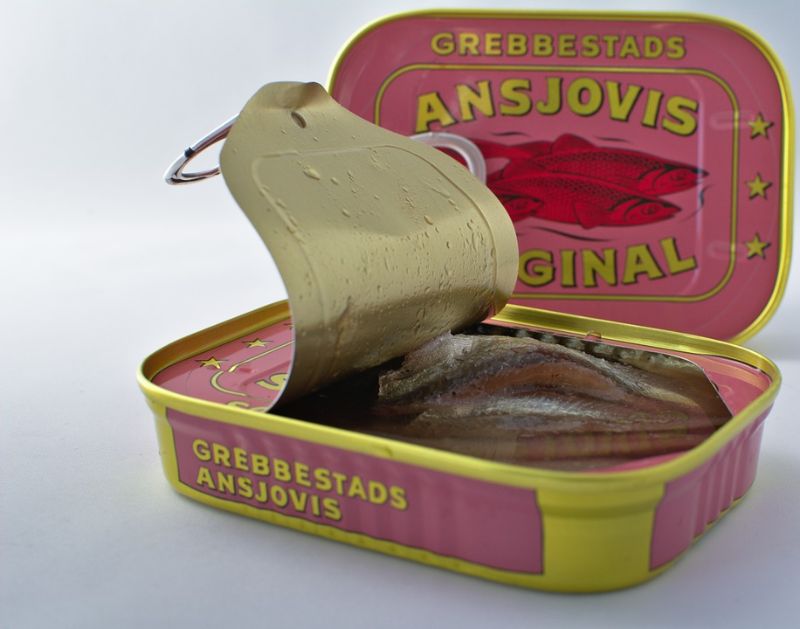 This dish is banned on multiple airlines due to its pungent smell. For those who have a weak stomach? You probably should try this dish. Surstromming is a lightly-salted fermented Baltic Sea herring, found in the North Sea, originated in Sweden.

Despite that, this tins of fermented Swedish herring are quite popular across the nation. Its smell has been compared to rotten eggs, vinegar and rancid butter.

Before you turn your nose up at Sweden’s pungent-smelling fermented fish, eating this can actually provide you with your daily dose of protein, saturated fats and salt. 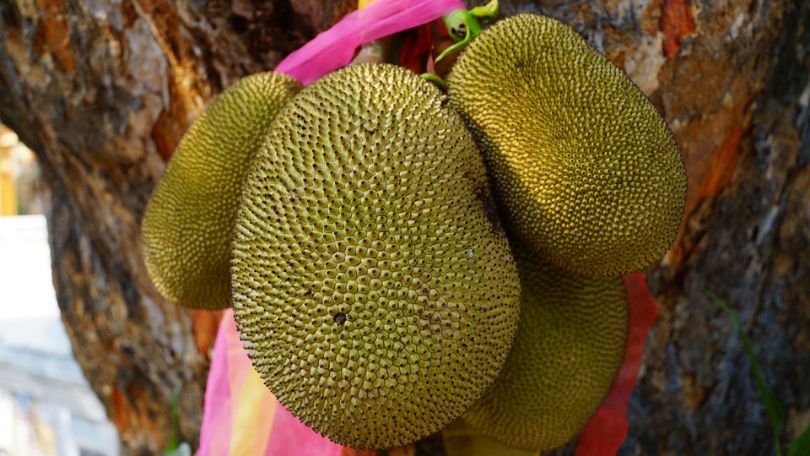 This fruit might not be fermented, but it is actually banned in several countries across South Asia as it emits the similar smell of pig faeces. Durian’s texture is milky and custard-like.

Though known for being stinky, many Celebrity chefs, such as Anthony Bourdain, are fans of the fruit.

Moreover, this fruit offers a long list of health benefits including:

7 Sneaky Foods That Can Ruin Your Mood

Sunburn No-More: Natural Remedies for Sunburn You Can Do at Home